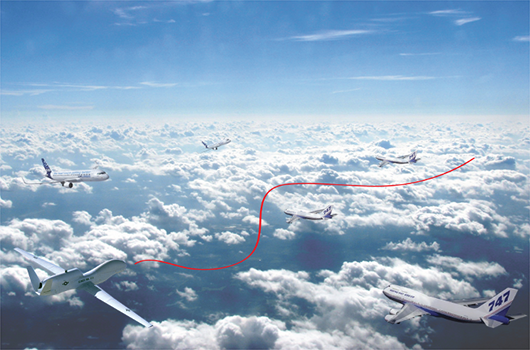 This paper presents the initial work undertaken as an investigation into the application of a real-time collision avoidance algorithm for use in unmanned air vehicles, with the inclusion of uncertainties. The document outlines the developments within the unmanned sector of aircraft regulations, highlighting some of the studies and methodologies being developed in Europe and in the United States. It goes on to investigate a number of collision avoidance algorithms which have been developed and published, giving some insight into their applications, as well as areas of improvement or further development. A portion of the document describes the uptake of Automatic Dependent Surveillance Broadcast (ADS-B) within Australia, and how this technology will change the way air operations could be operated. ADS-B technology forms the basis of the integration with the collision avoidance algorithm, as it will be the primary sensor from which the algorithm will attain its information. The second section of this documents describes the collision avoidance algorithm which was developed using MATLAB, and presents some of the initial data from a number of simulations. This paper concludes with some recommendations for further work and study, to build on the work outlined in this document.